A fantastic day in lush greenery....

Few years back, I was working as a teacher in a school. Often, on my way to the staff-room, I used to see many students punished for indiscipline out side the drawing room. I made a note that whoever is that drawing teacher, s/he must be very strict kind of person. But since that teacher is from higher secondary section, I did not know him/her personally. Few months later, I acquitted with that drawing teacher whose name is Mr. Sadashiv Kulkarni, a very kind hearted, witty, and pun loving personality.


Unlike most of the teachers who are interested in spying, gossiping, mud-slinging, his interest was in inculcating the love about his subject in students. His tagline was “Respect my subject”. (Unfortunately, we Indians developed an ear for the music but not the eyes for great paintings, drawings, and sculptures. And we give weight-age to scoring subjects more rather than grading subjects in school life.)

Though his company was a sheer pleasure, we were not in contact much due to my hectic teaching schedule in those days. And later, I left the school and continued with my own business.

However, few months back, he added me to his Facebook a/c and I started sharing magnificent artistic pieces posted on his wall.

And then, one fine day, he announced a drawing and painting tour to Vasai Fort and there was no criterion. It was an open invitation to all those who love nature, colours irrespective of that person’s ability to draw.

On 26th August, 2012, along with my aunt and a cousin, I joined that tour. Since after my school days, I hardly was in touch with drawing and painting, my idea was to enjoy the tour merely as a picnic. At 7.00 am, we left Thane. There were total 17 people, many of them were known faculty of (World-famous) J.J. School of art and yet were far from ego-ism. The atmosphere was full of kindness and affection.

On the way, there was introduction session and I came to know that most of the painters are specialized in various drawing and painting skills like Charcoal Drawing, oil painting, fabric painting, wax painting, sketching etc. and have painted pictures worth in crores. It was a nice feeling to be in company of gifted artists like Anant Kulkarni, Dr. Bal Bendakhale, Shreekant Chougule, Shreekant Jadhav, Sadashiv Kulkarni, Yeshwant Patil, Vijayraj Bodhankar and so on.

We reach Vasai in an hour and had delicious breakfast and continued our journey to the Fort. After reaching the fort, firstly we met officers of Archaeological Department of Govt. of India and intimated them our interest of visiting the fort and they were delighted by hearing our purpose. 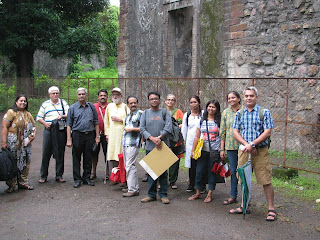 Then Mr. Bal Bendkhade enlightened us the history of the fort and its impact on the designing of the fort. After wandering the fort for say 15 minutes we stopped at a spot where numbers of good structures were present. Everyone chose the spot and tools of own liking, and started working on the canvas. 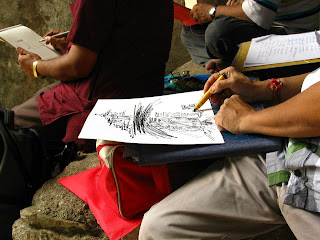 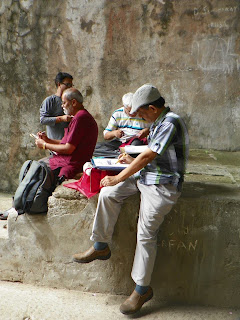 I opted for pencil sketching.

Occasionally, I was serving mini-burgers to the participants.

At 1.00 pm, we revisited the Vasai village, had lunch and then we return to the fort and chose another suitable spot. While some of us continued their creativity, we continued our activity. 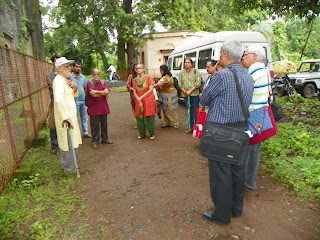 At 5.00 pm we gathered together, Mr. Sadashiv Kulkarni told us about his organization Kalasparsh which is dedicated to art and innovation, the history of this painting tour. Then we exhibited our work till now, decided about next tour (which will be announced in coming days), had a special journey via Hiranandani and Brahmand for “Nectar like Tea” in heavy rain and came back to Thane at 7.00 pm.

It was a breathtaking experience in the company of splendid people. And the greenery, insect-life and the diversity of trees at Vasai fort was amazing. After 6 days of work in an artificial atmosphere, sitting next to computer 8 hours a day with strained eyes, this experience with rich oxygen, was incredible. 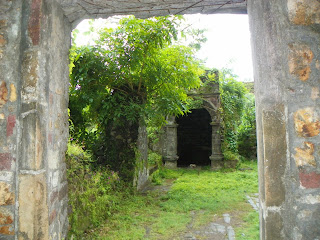 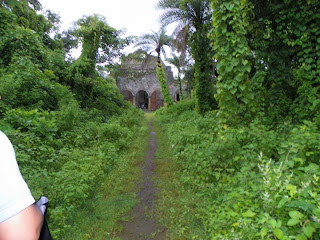 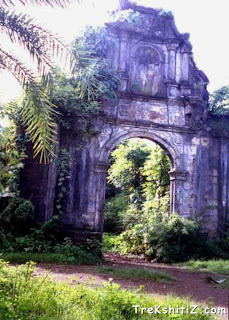 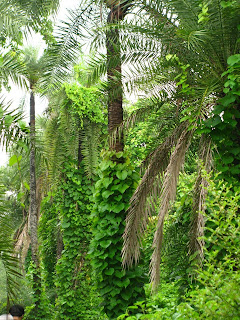 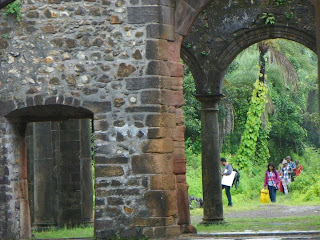 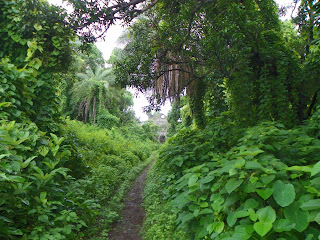 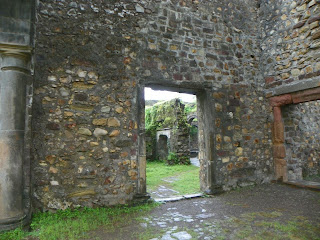 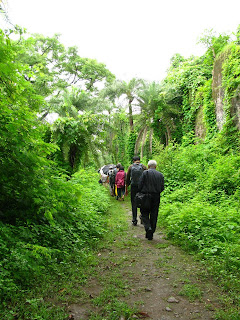 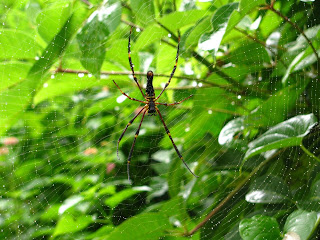