Treasure of the precious life...

As I jumped off the building...

Original post and comments : Treasure of the precious life...
Posted by Unknown at 21:09 No comments:

Email ThisBlogThis!Share to TwitterShare to FacebookShare to Pinterest
Labels: Treasure of the precious life...

This was a pretty interesting story from The Sunday Wichita Eagle Newspaper a couple of weeks ago. A resident in the area saw a ball bouncing around in the pond and when he went to investigate, it was a flathead catfish who had obviously tried to swallow a child's basketball which got stuck in its mouth.

The fish was totally exhausted from trying to dive but unable to, because the ball would always bring him back up to the surface. The resident tried numerous times to get the ball out but was unsuccessful. He finally had his wife cut the ball in order to deflate the ball and release the catfish.

You wouldn't believe it if you didn't see the attached photos.

Original post : FISH STORY
Posted by Unknown at 21:02 No comments:

Good friend is the one who has patience, who tolerates us and accepts us with all our short comings

Email ThisBlogThis!Share to TwitterShare to FacebookShare to Pinterest
Labels: Patience and Tolerance 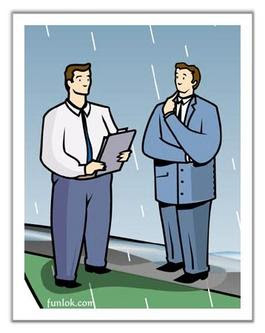 John works in a supermarket. A man came in and asked John for half a kilogram of butter. The boy told him they only sold 1 kg packets of butter, but the man was persistent. The boy said he'd go ask his manager what to do.John walked into the back room and said, "There's a bloody fellow out there who wants to buy only half a kilo of butter." As he finished saying this he turned around to find the man standing right behind him, so he added, "And this gentleman wants to buy the other half." The manager finished the deal and later said to John, "You almost got yourself in a lot of trouble earlier, but I must say I was impressed with the way you got yourself out of it. You think on your feet, and I like it a lot.Which place are you from?"John replied, "I'm from Mexico, sir." "Oh really? Why did you leave Mexico?" asked the manager.John replied, "They're all just prostitutes and soccer players up there." "My wife is from Mexico," the manager said.John replied, "Which team did she play for?"

Original post : Presence of mind
Posted by Unknown at 20:41 No comments:

Email ThisBlogThis!Share to TwitterShare to FacebookShare to Pinterest
Labels: Presence of mind

Near, far wherever you are, you are safe in my heart and my heart will go on and on and on... 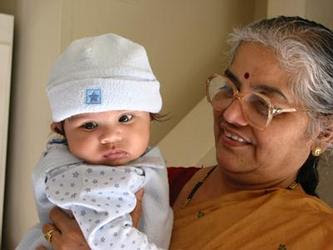 On Thursday I lost my mother.
She was a thoroughly gentle woman, tender and caring. Every person used to love her and she was always been a symbol of endurance.
She was a genuine Indian woman. She came from simple middle class loving family. Unfortunately she married to the rich joint family and her in-Laws' family was nothing but a political party. All they knew were to play dirty games and to do court cases and police cases for the financial gains. It was very hard for her to digest all these things as her ideas were simple and straight.
Then my parents left that house without taking single penny with them and shifted to a small village. The days were of extreme poverty and the life was painstaking.
We also in our childhood suffered through all these things and became rude due to hardships of life. This rudeness hurt her also many times.
Now recently she was experiencing quite good life. My sister got married and was in California. Now she is settled well in Pune and have two sweet children. My younger brother is a software engineer in Seepz and he is engaged now and was going to get married in May. I was also making quite well. And suddenly death caught her unpredictably. The massive heart-attack was so unexpected that her face and body was calm and every onlooker was feeling as though she is sleeping peacefully.
Last three days I cried like anything. First she was my mother and second she was a good person as well. And with me many of my relatives from my mothers' side cried.
Indeed kind death solved all problems of her life.
झेपेल तेव्हढंच दुःख तो आपल्याला देतो ।
दिलेलं दुःख संपलं कि आपल्यालाच नेतो ।।
(He gives us pain only which is bearable. When pain crosses it's limit, he lifts us to himself. )

Original post : Near, far wherever you are, you are safe in my heart and my heart will go on and on and on...
Posted by Unknown at 11:43 1 comment:

Email ThisBlogThis!Share to TwitterShare to FacebookShare to Pinterest
Labels: far wherever you are, Near, you are safe in my heart and my heart will go on and on and on...

Original post : Laser flowers
Posted by Unknown at 11:41 No comments:

This is a true story

The following scene took place on a British Airways flight between Johannesburg and London. A White woman, about 50 years old, was seated next to a Black man. Obviously disturbed by this, she called the air Hostess. "Madam, what is the matter," the Hostess asked. "You obviously do not see it then?" she responded, "You placed me next to a Black man. I do not agree to sit next to someone from such a repugnant group. Give me an alternative seat." "Be calm please, " the Hostess replied. "Almost all the places on this flight are taken. I will go to see if another seat is available." The Hostess went away and then came back a few minutes later. "Madam, just as I thought, there are no other available seats in the Economy class. I spoke to the Captain and he informed me that there is also no seats in the Business class. All the same, we still have one seat in the First class."

Before the woman could say anything, the Hostess continued: "It is not usual for our company to permit someone from the Economy class to sit in the First class. However, given the circumstances, the Captain feels that it would be scandalous to make someone sit next to someone so disgusting." She turned to the Black guy, and said, "Therefore, Sir, if you would like to, please collect your hand luggage, a seat awaits you in First class." At that moment, the other passengers who were shocked by what they had just witnessed stood up and applauded.

If you are against Racism, please send this message to all your friends.

Original post : This is a true story
Posted by Unknown at 11:38 No comments:

Email ThisBlogThis!Share to TwitterShare to FacebookShare to Pinterest
Labels: This is a true story 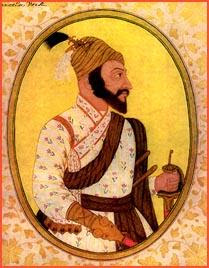 In my last blog I described that my state, Maharashtra is rough, robust, and sturdy & the people are warrior by heart. Here are the pictures of some forts built by great visionary King Shivaji who fought a guerilla war against the enemy who was 100 times higher in number, wealth and human resources using the geographical advantages of the land and the brain. Also he was a kind and impartial king and the people in his kingdom were happy and contented.

These pictures reflect the strength and natural beauty of Maharashtra.