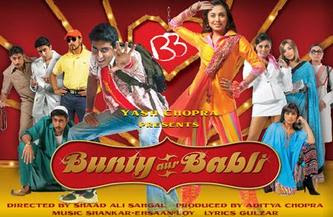 The song 'Kajra re' is from the film "Bunty Aur Babli"
****
Once the famous tourist company "Kesari Travels" was given the achievement award by Australian Tourism Ministry for giving highest tourist to Australia that year.
In that ceremony at the end there was a dance party. Initially not many were interested in the dance since the Embassy was playing quite unknown Australian party songs. But when they played “Kajra re” on Kesari people’s request, it was the change in scene. Not only teenagers but everyone, ladies and children as well started dancing on that song.
It tells how much this Bollywood song is famous in India.
Later Australian Councilor liked that song so much that he told his people that in every party by Embassy, this song will be played.

Email ThisBlogThis!Share to TwitterShare to FacebookShare to Pinterest
Labels: The dance